Is Visiting A Chiropractor For Lower Back Pain Likely To Work?

Why Is This Important…

Have you considered visiting a chiropractor for lower back pain? Chiropractors work by forcibly re-aligning your spine. Chiropractic care therefore is not for the fainthearted. You need to know the risks and the benefits before trying it.

In the article below, we review the evidence and ask ‘is visiting a chiropractor worth the risk?’

Make Sure You Know What To Expect…

By definition, Chiropractors are health care professionals that use their hands to manipulate the human joints to achieve better alignment and aid physical recovery.

Chiropractors can claim to treat a range of conditions, but seeing a chiropractor for lower back pain is by far the most common reason.

The word ‘chiropractor’ itself literally means ‘hand-practical’ in Greek, but it is the level of practical manipulation that makes the idea of seeing a chiropractor for lower back pain often quite controversial.

This is because chiropractic practice relies on the chiropractor using enough physical force to correct a potential misalignment in the your spine, with the main goal of ‘restoring’ your skeletal framework.

A lot of people assume that it is no more forceful than a massage or physiotherapy. But this simply is not true. In most cases, it can take very considerable force to realign your spine. And that is where the controversy begins.

Our Ads Policy – Helprelievepain does not allow sponsored adverts on this site as we can not guarantee the quality of the advertiser. Instead, this page may contain affiliate links to researched and approved medical suppliers. Purchase through these links may see us get a small commission, without altering the price you pay. For more details, please see our affiliate policy.

What Is The Difference Between A Physiotherapist And A Chiropractor?

The key difference between a chiropractor and a physiotherapist lies in the methods they use to reach the end goal of pain relief.

A physio relies on gentle manipulation, massage and regular stretching exercises over a period of time. Their focus is on the healing and building of your muscles/ tendons and ligaments in your back.

A chiropractor on the other hand, focuses on the realignment of your spine. They

Chiropractors can be seen as very similar to physiotherapists in their joint specialism around physical manipulation.

However, there are also very significant differences – principally that physiotherapists don’t seek to forcibly re-align the spine.

Physiotherapy focuses on restoring mobility, independence and mental well-being. Physiotherapists deal with a much wider range of conditions and are much more likely to use a full suite of treatments including hydrotherapy, exercise and electrotherapy in achieving their goals for you as a patient.

Chiropractic therapy however, tends to involve much more aggressive, forceful manipulation of the spine. It can take a lot of pressure to move a spinal joint that supports an stabilises your full body weight every day.

If you are frail or elderly, then a chiropractor almost certainly isn’t for you.

What To Expect If You Visit A Chiropractor…

When you first visit a chiropractor for lower back pain, you can expect your first consultation to include the following 3 initial steps –

2. Your History. As well as your job, you may be asked about your family history, other injuries/ treatments that you’ve had and your diet.

3. Physical Tests. You may be asked to perform a variety of movements so the chiropractor can assess the range of motions available to you and how stable you can perform them.

4. X-Ray. It is possible that they may even ask for an e-ray to be carried out, while they try to assess the true position of the vertebrae in your spine.

The purpose of this pre-assessment is to identify areas of the spine that may have altered (subluxation) for specific focus during the chiropractic adjustment.

Unfortunately after choosing a chiropractor for lower back pain and after receiving the physical adjustments felt necessary by your health professional, it is likely that you may experience even worse back pain in the short term.

One of the downsides of chiropractic care is that it is a very physical practice. Considerable force has to be applied to alter the alignment of your spine and, given that they are already working on an area of your body that is most likely inflamed and painful, then it is inevitable to a some extent that patients often wake up the next day stiff and in pain.

If however the chiropractic treatment has been successful, this short-term pain should soon subside and be replaced with greater spinal stability and much less discomfort.

As with so many areas of medicine, the need to treat patients (and also attract work), has led to somewhat of a watering down of the traditional model of chiropractic care.

Chiropractic practices are (at their heart) businesses. And businesses only survive with customers and profits. As a result, many chiropractors and their staff now offer a whole range of other, less dramatic treatments for back pain.

Nowadays, it is not unusual to visit a chiropractors that offers many less specialised treatments such as hot/ cold therapy, acupuncture, massage and even exercise advice.

This enables them to offer you as a ‘customer’, more services and therefore increase their revenue. But the mainstay of a chiropractic practice will still be the manipulation/ realignment of your spine. And with this, will come considerable risk. The question then is – is it really worth it?

Just How Effective Is Seeing A Chiropractor?

“.…the proven benefit of chiropractic spinal manipulation is far less certain than chiropractors tend to admit and its risks are not negligible” E.Ernst (BMJ)

This could be a whole debate in itself. The British Chiropractic Association claims that ‘95% of back pain is mechanical in origin, and can be treated by a chiropractor in a primary care setting’.

But this doesn’t actually state how effective such treatment might be.

Part of the problem is actually that there is very little direct clinical data to support or contradict such treatment and, one thing is for sure – if there is doubt amongst chiropractors as to how effective their manipulation can be, then future clinical studies will be very slow in being developed that may destroy their lucrative industry.

Currently, studies that actually focused specifically on chiropractic care (as opposed to trialing just ‘manipulation’ which could include other techniques such as physio/ massage etc) are few and far between.

Rather worryingly, the results of those that do exist and focus solely on chiropractic care largely found no clinical benefit whatsoever (‘The effectiveness of chiropractic for treatment of low back pain: an update and attempt at statistical pooling’)

However, simply not having conclusive data to prove it’s worth is one thing – the increasingly undeniable link to certain massive side effects is quite another.

“the anatomic explanation of how spinal manipulative therapy could cause a stroke is well documented”.

Furthermore, because early to mid-stage osteoporosis is not always straight forward to diagnose with a standard x-ray, a number of patients end up being mistreated with vigorous manipulation that severely risks fracturing their increasingly brittle bones. This is especially likely if the Chiropractor did not spot the early onset of osteoporosis.

There should be little doubt however that were it to be successfully diagnosed, osteoporosis should be contraindicated (in other words, sufferers should not receive Chiropractic manipulation).

However because it is fairly rare (approx. 1 in 15 pts with lower back pain) and chiropractic care is still fairly new, there is no official threshold at which treatment should not be given or guidance on what steps to rule out osteoporosis must be taken before treatment.

Then just to top it all off, there is the noted increase in cerebrovascular injuries as a result of chiropractors treating the upper back (often as part of a treatment plan for lower back pain) and accidentally damaging the vertebral artery.

This is the artery that runs up the spine and changes from a vertical route to a horizontal route just before it becomes the basilar artery and heads up to the brain.

The artery is open to potential damage where it changes course and, although there is no definitive answer as to how prevalent this is, there are a number of independent cases studies linking the chiropractic manipulation and vertebral artery damage in certain circumstances.

Have You Ever Considered Trying A TENS machine (Transcutaneous Electrical Nerve Stimulation) For Your Back Pain? 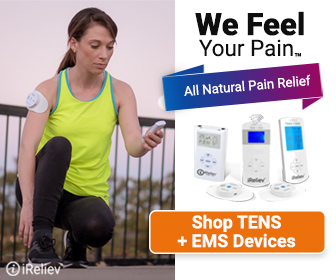 All in all, while Chiropractors will undoubtedly defend their profession to the hilt (of course they would) and the General Chiropractic Council itself declared that all patients must give ‘informed consent’ before treatment, it is highly questionable exactly what risk/ benefit analysis can be performed and just how much they are likely to tell you that isn’t based around selling you their services.

Well, as an opinion, we couldn’t recommend it – a chiropractor for lower back pain is certainly not the best options in almost all circumstances.

Maybe as a last resort if treatments such as posture altering, massage therapy or physiotherapy have failed, then the more dramatic Chiropractic approach may be a final solution to try.

Can A Chiropractor Treat A Strained Back?

Chiropractor’s are almost certain to say yes. However, given that chiropractic care is all about manipulation and realignment of the spine, rather than massaging muscles, the reasoned, independent answer would be no, they are not right for a strained back.

Help Someone Else By Sharing This Page…

3. Assendelft WJ1, Koes BW, van der Heijden GJ, Bouter LM. (1996) The effectiveness of chiropractic for treatment of low back pain: an update and attempt at statistical pooling. Journal Of Manipulative And Psychological Therapeutics

All HelpRelievePain.com Articles Are Researched, Referenced And Original.

All Our Pages Are Published For Informational Purposes Only.

HelpRelievePain Can Not Provide Personal Medical Advice, Diagnosis Or Treatment.